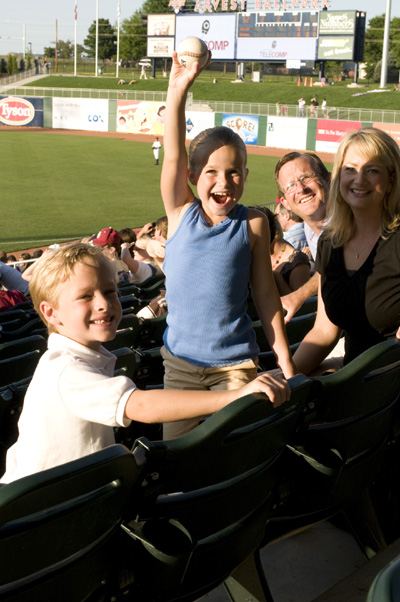 The Northwest Arkansas Naturals are celebrating their 10th season in Springdale this season. The Naturals play at the 6,500-seat Arvest Ballpark on the city's west side at 56th Street and Watkins Avenue.

The Naturals, an affiliate of the Kansas City Royals, play in the highly respected Texas League.

Tickets can be purchased online, by phone or at the Arvest Ballpark ticket window.